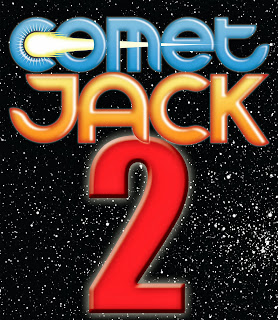 I finished writing the first draft of Comet Jack 2 this week. What a great feeling to type END on something you've been working on for... a while.

There was a point where I was struggling to write four or five hundred words a day, sometimes not even that. It was a real grind. Sometime last weekend I turned a corner though. The words just started flowing, racing toward the finish. On Monday, believe it or not, I cranked out 5,400 words. (These will likely need some edits...)

The draft checks in at over 97,000 words, which makes it almost 45% bigger than the first Comet Jack. It will likely slim down a bit in edits, but it will definitely be a longer book than the first. Even so, it feels leaner. There's a lot going on, both on Earth and on a different world. I don't want to say too much, but let me just say that Earth troubles are getting more complicated in at least two very important ways: first, things are traveling this way through the window, to Earth; and second, there's this girl... 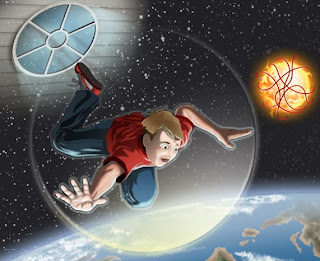 Will there be other books beyond the initial trilogy? I'm sure, but I do see the first three as a set. Like the first three Star Wars movies. Will this will be my Empire Strikes Back (which is the best of the original movies)? I better get editing and find out.