Something to Judge the New Book By

Comet Jack 2's cover is getting closer. I'm tackling it myself this time around, which involves much learning on the fly. I have a few chops, but not enough to generate something good on my own. Luckily I have lots of help. 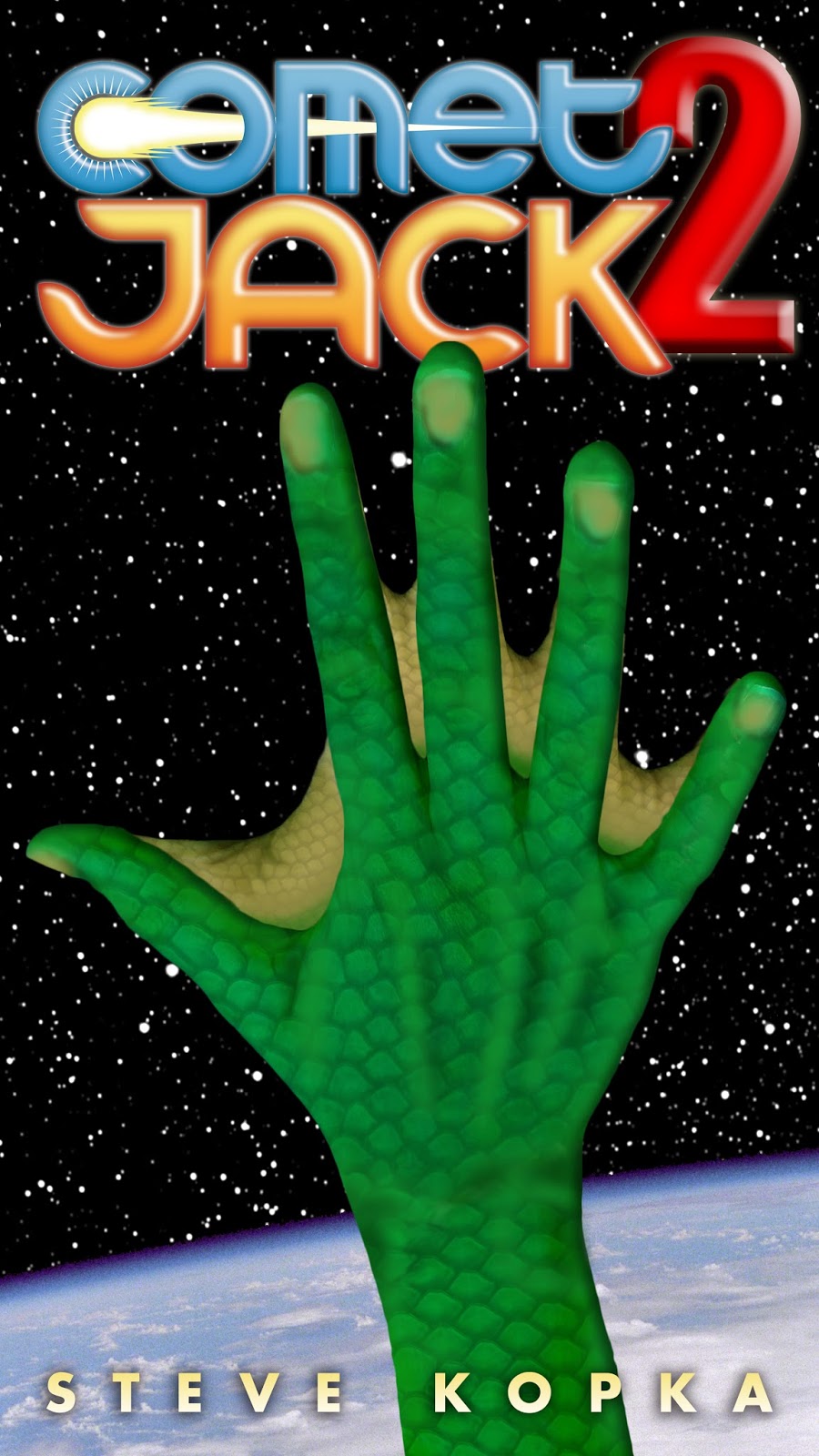 First and foremost, the Comet Jack logo was designed by Phineas X. Jones, for the first book. So that will stick around, of course, to keep the series unified. The red 2 is all me, so don't blame him for that. I also pasted in the star field he created for the first book, so Phineas deserves much credit. But again, none of the blame.

Next I took a photo of my son's hand. I removed the background, stretched out some of digits, played with the color and contrast and such, and then painted a texture over it. I found a set of free fish/reptile scales brushes here. Thanks, Tijo! I used some other tricks to play with lighting, add shadows, wrap the scales a bit. Oh, and generate webbing of course.

NASA provided the ocean-world planet. I searched for "ocean and clouds" on their Great Images in NASA website. I pretty much pasted that on as is. Which ocean-world is that? It's actually the one we live on, though here it's standing in for an alien world. Thanks, Earth!

There's still more work to do on the cover, but I think it's coming together. If you have any advice, please leave it in the comments. When you stare at something for awhile, you tend to miss the obvious, so please feel free to point anything out.

Howdy outstanding website! Does running a blog like this require a massive amount work? I've virtually no understanding of coding however I had been hoping to start my own blog soon. Anyways, should you have any recommendations or tips for new blog owners please share. I know this is off subject but I simply had to ask. Cheers! sign in hotmail

Hi, Stefan. Thanks for the kind words! You don't need to know coding to start a blog. This one is done through blogger.com. You can get started for free there. There are other providers that do the same thing too. I have learned a little coding (very little!), but basically whenever I want to do something here that I can't figure out, I google it and someone else has a solution. But that's only for custom stuff anyway... blogger will have everything covered (design included). And if you get sick of your design, you can change it without losing your old blog posts. They will appear in the new design. You can play around with the blogger format before you publish--see how you like it. It's easy to jump right in. Thanks again. Cheers!